DAZN was crowned ‘OTT Service of the Year’ at the inaugural Video Tech Innovation Awards held in London last night.

Collecting the prestigious award on the night, Ben Lavender, Chief Product Officer, said: “We are thrilled to win ‘OTT Service of the Year’ at these awards. We believe we have built the best video player in the world for sport, fine-tuned to give rock solid playback and the highest picture quality in the shortest time. It takes a lot of effort to make something so simple and intuitive.”

“This award celebrates the dedication of all of our employees, across nine countries and four continents, who work tirelessly to push the boundaries and bring sports fans a market leading product.” 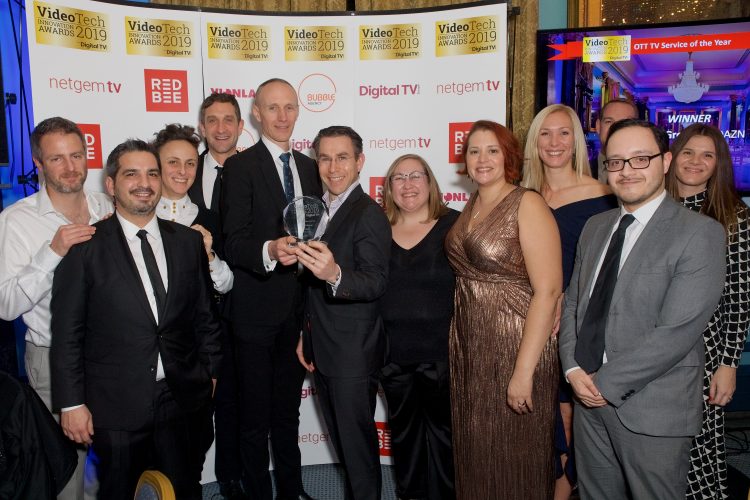 The awards, organised by Informa which runs news brand Digital TV Europe and analysts IHS Markit and Ovum, praised DAZN for creating the world’s biggest sports streaming service, launching in Spain and Brazil earlier this year and now live in 9 countries. The judges were impressed by the technical innovation underpinning the platform and the speed the business is scaling around the world.