800+ events in 10 days as new football seasons get underway

It’s one of the busiest times of the year for sport with DAZN streaming more than 800 events, in nine countries over a 10 day period.

From Friday 11 September (that’s Thursday night in the U.S.) to Sunday 20 September, fans will enjoy a bumper schedule as NFL, Premier League, LaLiga, Bundesliga and Serie A all start new seasons, whilst J.League and NPB are in full flight and NBA reaches its crescendo. 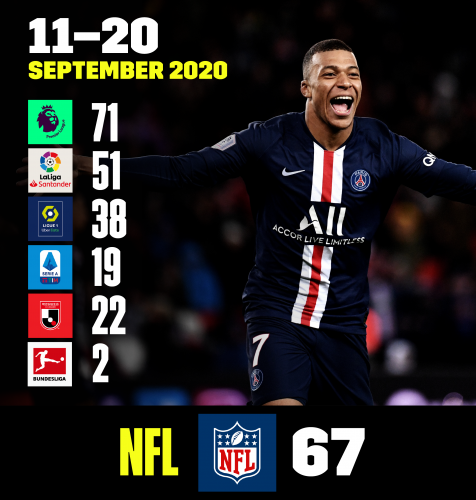 Meanwhile LaLiga returns for the 2020-21 season with champions Real Madrid set to defend their title versus Real Sociedad on matchday two.

In Japan, the 2017 and 2018 J.League champions Kawasaki Frontale continue their campaign at the head of the table. At the same time, Japanese baseball’s NPB is in full swing with Yomiuri and Softbank heading their respective leagues.

Football fans in Germany can look forward to Bundesliga champions and new UEFA Champions League winners against FC Schalke 04. In Italy, it’s Verona vs Roma, Parma vs Napoli and Genoa vs Crotone as the Serie A fixtures keep coming. 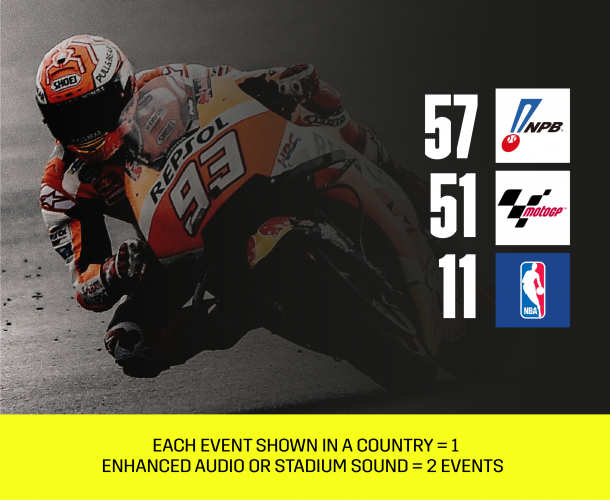 The 10-day sporting feast culminates with MotoGP’s Grand Prix of Emilia Romagna and the NBA playoffs, to name but a few of the highlights.