As a global live and on-demand sports streaming service, you’d least expect an absence of live sport to be your biggest challenge. Yet that’s exactly what happened in March this year.

DAZN has scaled quickly since launching in 2016 and now streams coverage of more than 25,000 events annually through rights agreements with 800 sports leagues and competitions to millions of customers in nine of the most sports obsessed nations in the world.

However, as coronavirus became a global pandemic and the majority of live sport was paused, everything changed, and we suddenly had to find new ways to take fans closer to the sports and athletes they love.

The solution was to pivot our entire content strategy to create the richest sports video on demand offering to retain and entertain subscribers who unexpectedly found themselves in lockdown. This was made more difficult because not only were key protagonists in the world of sport self-isolating, but our production teams were also working from home.

The approach came to be defined by five pillars, each designed to bring a fresh perspective on sport and give viewers a breadth and depth of content that reflected DAZN’s point of view. The look of the platform was also revamped to simplify content discovery when we were without live events to dictate the schedule as normal.

‘DAZN Diaries’ was the umbrella brand for a series of content offering extraordinary insights into the world of sports under lockdown. Italian TV personality Diletta Leotta presented the format in that market, chatting virtually with football legends Francesco Totti and Fabio Cannavaro but also many other champions from multiple sports. In Germany, the quirky My Neighbour, the World Cup Winner saw DAZN reporter Sebastian Benesch talk daily on his balcony to Italia 1990 winner Andreas Brehme about everything under the sun. Luckily for us, they really were neighbours.

‘Archive re-imagined’ brought to life some of sport’s greatest events in new, never-before-seen ways. In the US, for example, Saturday Fight Live has become a popular weekly show in which boxing stars and personalities analyse classic fights they were involved in. Guests so far have included three-division world champion Canelo Alvarez, the legendary Oscar De La Hoya and leading promoter Eddie Hearn who watched back Joshua vs Ruiz 1 in full for the first time. 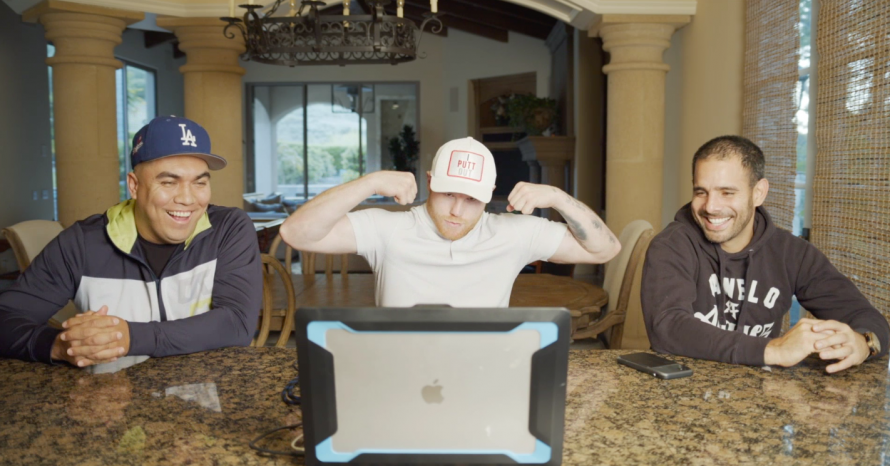 Experimentation with esports continued under lockdown, with the F1 esports Virtual Grand Prix streamed in Japan, Bundesliga at Home shown in Germany and the ePremier League made available to customers in Canada, Japan and Spain. And across our markets, new chat formats generated plenty of opinion and headlines, notably Anthony Joshua’s revelation during a guest appearance on Boxing with Chris Mannix that he would willingly fight Tyson Fury behind closed doors to make the bout happen.

DAZN already has a developed ‘originals and documentaries’ pipeline, primarily focused on bringing fans new content during off-seasons. Lockdown meant delivery of some titles could be brought forward, including brand new production Unconditional – A Mother’s Story with the first episode telling the story of Spanish MotoGP champion Marc Márquez from a uniquely intimate angle. For customers in Japan, we brought popular football manga animation series Captain Tsubasa to the platform on its 40th anniversary, with two episodes made available every day.

Last, but not least, some live sport did continue and DAZN was there to stream it. PDC took fans into the homes of elite darts players for 32 consecutive nights. The Nippon Professional Baseball league managed 66 pre-season matches behind closed doors before having to stop. UFC led the way in fight sports and WWE kept fans entertained from their Florida ‘performance centre’. Three days of the NFL Draft, conducted using a virtual format and streamed on DAZN Canada, seemed to be even bigger than the normal physical event.

None of this would have been possible without the introduction of cloud-based remote production technology that was rolled out across the business last year. This allows our content team to continue to develop and deliver quality content to our platform from their own homes.

Thankfully more live sport is beginning to return. The Bundesliga in Germany was the first major football league to resume with Nippon Professional Baseball friendlies in Japan not far behind. With Serie A in Italy back in action from 20 June, following the Premier League and LaLiga, there’s a lot to look forward to on DAZN.

What’s certain is that we have learnt a lot from the last few weeks and that, ultimately, has made us stronger. New creative thinking and uses of technology forged in response to the circumstances has helped to change the way we capture original content and upped our game.

The stage is set. Fans cannot wait for the return of more live sport and our creative and technical capabilities have never been better. Together with fans everywhere, we look forward to witnessing the greatest comeback of all time – of live sport itself.