Looking back, 2019 was a spectacular year for sport around the world – from one of the biggest upsets and ultimate recoveries in heavyweight boxing history and a UEFA Champions League semi-final thriller, to Tom Brady’s record sixth NFL Super Bowl win.

There were World Cups galore with a history-making win for England in the Cricket World Cup, South Africa’s emotional triumph in the Rugby World Cup and an inspirational FIFA Women’s World Cup victory for team USA.

At DAZN, we are privileged to be at the centre of all these moments, connecting fans to the sport they love. In 2019, sports fans streamed a record half a billion hours of sport (507 million) on our platform across nine countries on four continents. That’s like watching Game of Thrones, from start to finish, 7.2 million times.

What’s more, over 100 events each surpassed one million streams on DAZN during the year. So, what sport was the world streaming in 2019? 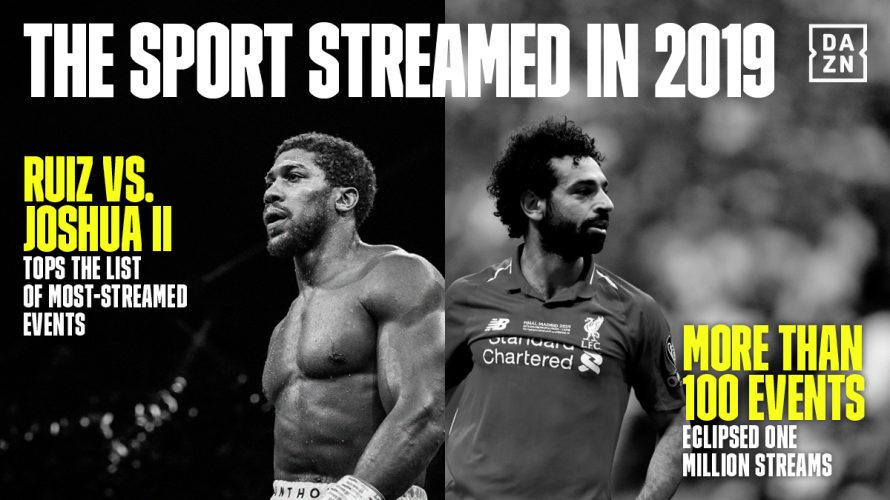 In a year that saw boxing’s continued global resurgence, fans couldn’t get enough of the fairy-tale boxing saga between Anthony Joshua and Andy Ruiz Jr. The highly anticipated rematch between the two-time heavyweight champion and the Mexican Rocky was the most-streamed event on DAZN in 2019. 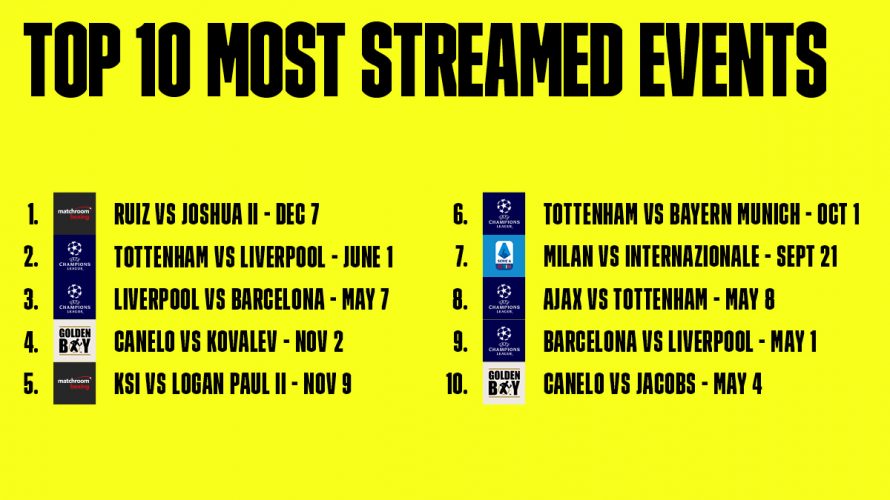 It was a big year for football on DAZN. It was unanimously the most streamed sport by fans, totalling nearly 315 million hours and Liverpool fans had more to cheer than most. Three of the top 10 most streamed events across all sports on DAZN featured Liverpool, including the Champions League final and that sensational second leg semi-final comeback against Barcelona. 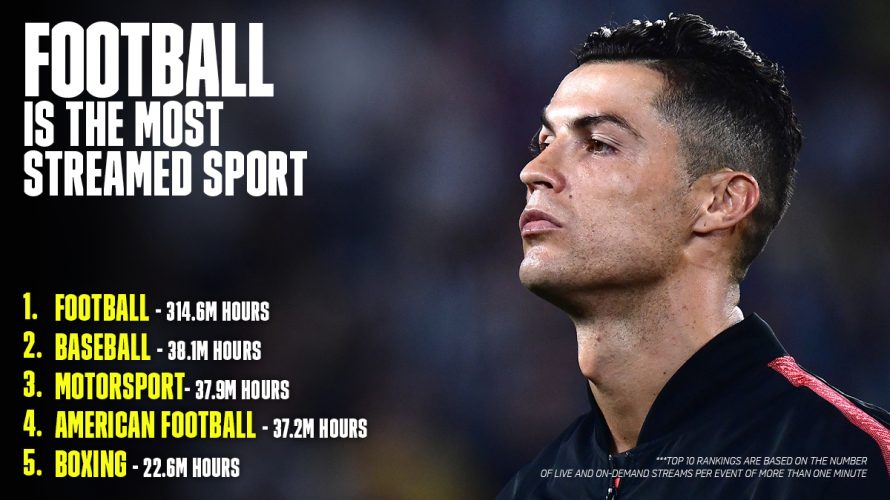 Our subscribers spent the majority of their viewing time accessing sports via living room devices such as set top boxes, streaming sticks, games consoles and smart TVs. The most used device type however was mobile, accounting for more than a quarter of all viewing time (26%). 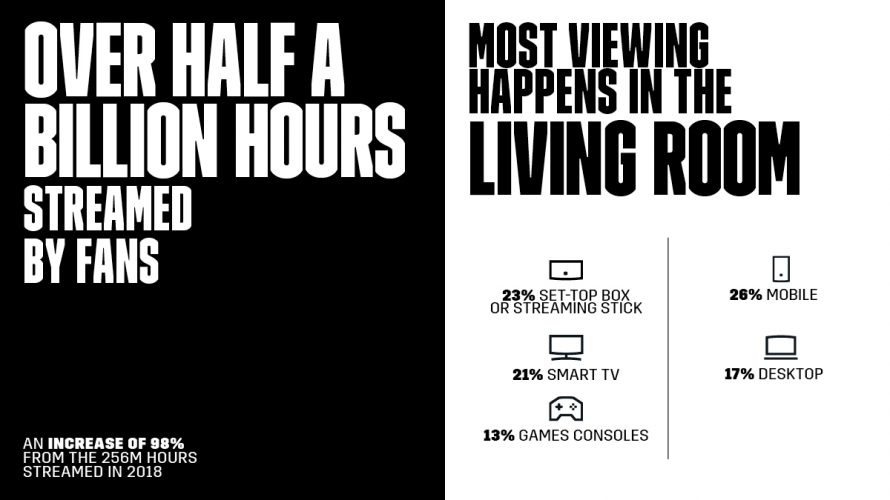