As the world waits for the start of the Premier League season this weekend, DAZN has unveiled its latest landmark interview series, ‘The Making Of’, featuring global football superstars Cristiano Ronaldo, Neymar Jr and José Mourinho. The nine-part series relives the significant games that helped define some of football’s greatest modern icons through the eyes of the players and those who were in the stadium to witness these personal triumphs.

For the first time, ‘The Making Of’ will be available on DAZN in all nine markets as part of our burgeoning content strategy that combines original programming alongside premium live and on-demand sport streaming. We sat down with the series’ Executive Producer, Grant Best, (SVP Original Programming & Content Development at DAZN) to talk about the process behind ‘The Making Of’ and plans for more blockbuster original content on DAZN. 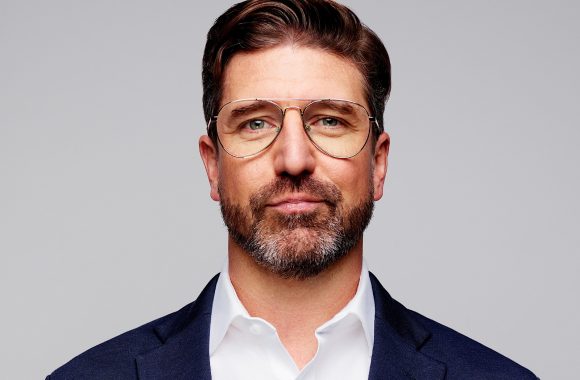 What first attracted you to work at DAZN?

I’ve been working in television and creating content for over 20 years across the traditional environments of linear television. The one major attraction for me was the DAZN platform and how content can be consumed. There is no set duration for the content you create, whereas in the linear world there are very clear lines about how long content can be to fit various break patterns and structures. Coming away from that traditional linear world and having that creative freedom with your work was really important for me.

What sets ‘The Making Of’ apart from other docu-series?

The unique difference with ‘The Making Of’ has been our ability to interview the athletes in the most intimate of ways. We created and designed a studio set up which allowed each athlete to in effect talk to themselves. We created a space that allowed them to think of the stories they wanted to tell, in their own way. In doing it this way, as opposed to having a traditional reporter or presenter lead. Our environment triggered storylines that gave the most intimate portraits of these icons of football.

What did you want to show DAZN audiences with ‘The Making Of’ series?

‘The Making Of’ is so important for DAZN audiences, this is an exclusive series to DAZN platforms in all markets – all nine episodes dropping in all nine countries adding extra value to the audiences viewing. We wanted to share the selected matches of these three football names to our subscribers in the closest way possible – and with the help of our DAZN Creative team – that’s what we’ve managed to achieve.

What is the vision for original content on DAZN?

The overall vision is to create a globally recognised story-telling brand. It’s my role to guide the team to try and achieve that through the content we produce globally and in each of our territories. I hope that as we continue to build across the world, and DAZN continues to spread its wings, the original content portfolio will follow and I’m excited to see what we can achieve in the future.

What’s planned for the rest of the year for DAZN Originals?

Our ambition is to build the portfolio of original content on DAZN. ‘The Making Of’ is the first global DAZN Originals launch. It’s our premium high-end content and there’s a lot of resource that goes into it. Moving forward, we’ll continue ‘The Making Of’, potentially with some other sports – as well as programmes like ‘40 Days’, About and other boxing content. We will also be working with the great teams in our existing territories to create bespoke content for their subscribers. I think in the future our expanding rights portfolio will dictate where we go with DAZN Originals and what sports stories we want to tell.